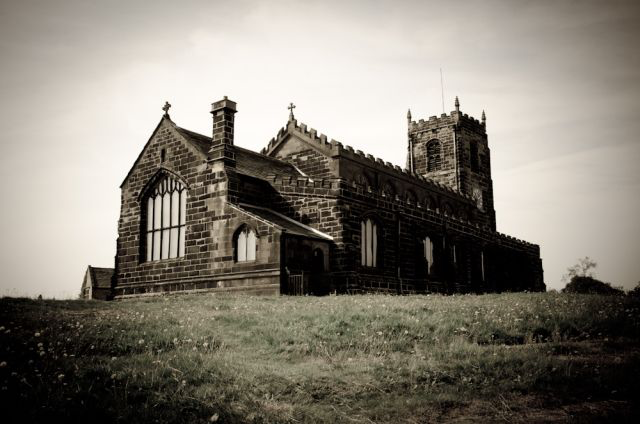 A new road has been announced for one of the region’s worst traffic crisis points. Extending from the end of the M67 at the Hattersley roundabout, near Tesco’s store, the new by-pass will eliminate the current crush through Mottram-in-Longdendale.

The proposed route appears to pass over fields in the first instance, before crossing Roe Cross Road and Old Road between Mottram Deep Cutting and the roundabout at the top of Back Moor. It then sweeps across country once more and finally connects back to existing roads close to the Gun Inn.

The new carriageway, to be built at the old border between Cheshire and Derbyshire, will provide much longed-for relief for the residents of Mottram Village and the horribly overburdened Mottram Moor. It will carry traffic for Glossop, Hadfield and other nearby towns and villages, as well as long distance travellers making their way to the Snake Pass and Woodhead, en route between Manchester and Sheffield.

Locals, however, as well as wondering just how close this huge and no doubt noisy new undertaking will be to their homes, will have noticed a fatal flaw in the design: since the road terminates before Woolley Bridge one way, and Hollingworth and Tintwistle the other, it will do nothing for the traffic queues at those pressure points, and since traffic will get there now more efficiently, it may even be worse.

Traffic engineers are in a situation where they are damned if they do and if they don’t, as, unless a major route is ploughed all the way through from the M67 to the cities of south Yorkshire, as was originally envisaged, there will always be a crunch point where traffic squeezes back onto local roads.