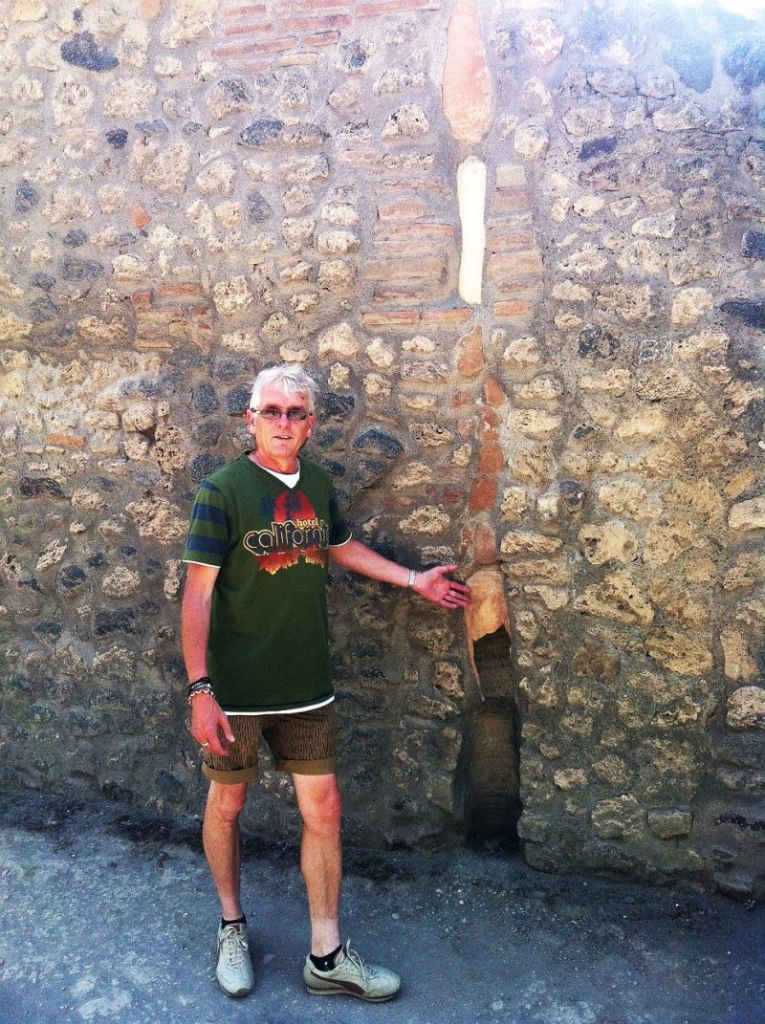 Preserved in Pompeii – The Oldest Rainwater Pipe in Existence?!

The Managing Director of Tameside-based Intercounty Seamless Aluminium Gutters wonders if he may have stumbled upon the oldest rainwater pipe in existence.

As head of a company that specialises in gutters and downpipes, Jerry Willock has a keen eye for special and unusual installations, and one preserved for two millennia in Pompeii certainly fits the bill. On a family holiday in Italy, he spotted this remnant of Roman ingenuity set into a wall in this famously tragic town.

Pompeii, along with nearby Herculaneum, was engulfed and destroyed in 79AD, when Mount Vesuvius erupted. The town remained buried and untouched until excavation started in 1748, and as we now know, what was an unspeakable horror for the townspeople at the time of the catastrophe has become an invaluable time-capsule for contemporary archaeologists.

We now use modern materials such as aluminium for rainwater pipes, but this one is made from terracotta, in keeping with practices of the time. Its survival makes sense when you consider that much of what we know about our ancestors comes from buried earthenware vases, storage jars and such. As Jerry pointed out: “It has to date back at least to 79 AD, but it might not have been new then; it could well have been hundreds of years old at the time of the eruption”. The origins of Pompeii date back to around 800 years BC, when the Bay of Naples area was settled by the Greeks – Roman occupation began from 80 BC – so clearly the pipe could be considerably older than the date of the disaster.

Maybe someone reading this can throw more light on its actual age and tells if this is in fact the oldest known surviving rainwater pipe?